New Norm Co. peeps! What’s up? It’s me, Autumn-Rayne, the little sister and the other founder of the New Norm Co! Welcome! I’m so thrilled that you’re here! I can’t wait to share everything I know about living a healthy, plant-based lifestyle. Whatever the reason is, something has brought you here, and I want to start by saying WELCOME! Welcome to this journey, to this new you, a you that is no longer just ‘surviving’ but thriving!

So it turns out writing a bio is the hardest thing in the world! Which is actually crazy because who knows yourself better than you? I’ve spent my whole life being me, so writing about me should be easy right? Nope! That’s not the case. But anyways, here I go!

I grew up in a little fishing town on the west coast of Canada, with my two lovely sisters, the dreamer and the do-er, otherwise known as Stormy and Summer. Like most teenagers from a small town I spent my time either in school, working, getting wasted at a house party or at a bonfire in the middle of nowhere, pretty inspiring hey?? I realized pretty quick that this wasn’t for me, so I graduated from high school early and moved from my parents house to Stormy’s bedroom in Kelowna. This was great, I had freedom, out in the real world, making it on my own (kind of), using my sister’s ID, all that great stuff! But like I always do, I got bored pretty quick and decided to follow in Storms footsteps and travel zeeeeee world. I turned 18 and off to Asia I went!

Travelling is the best! You get to experience so many new things, meet so many different types of people, eat new and delicious (sometimes mysterious) foods, it’s great, you should try it! If you’re like me, you’ll love the chaos travelling brings. I did the classic Southeast Asia trip and volunteered in the Philippines, rode a motorcycle through Vietnam, partied through Cambodia, and Thailand, visited Australia, lived in New Zealand and returned home to Canada for awhile before I left again. You see, i’m always searching, for what? I have no idea, I just know that i’m looking for something and one day I’ll find whatever that is. The last trip I went on changed my life. You might not know this about me but I am fascinated with Chinese Medicine, I think one day I’d like to be a Traditional Chinese Medicine Doctor. I’m sure you’ve guessed it by now, I went on a trip to China. Specifically to the Five Immortals Temple to study Water Tai Chi and Fire healing. It was the most incredible experience and it was actually here that I stopped eating meat. After I finished my course in China I went to India to explore another passion of mine and completed my 200hr YTT (yoga teacher training) and was inspired to make the change over to a plant-based lifestyle and I haven’t looked back since!

“Life loves the person who dares to live it.”

Like I said earlier, i’m searching for something unknown, which is kind of fantastic because this curiosity makes me try pretty much anything, meaning I have heaps of interests. Besides learning about natural medicine and yoga I also LOVE mountain biking, cooking, running, snowboarding, music (I recently took up the saxophone), tai chi, and movies to name a few! Oh and SkyDiving, I have this little dream of one day being a skydiver!

Well, that’s a little bit about me!

What lead me to my plant lovin’ life.

Since you know a little bit about my personal life, lets jump into my health life!

Storm and I have similar stories so I won’t go into to much detail. We both grew up on a pretty meat and potatoes diet, our parents did their best to feed us healthy food but marketing runs the world and Kraft products heavily influenced our lives. We ate a lot of high sugar cereals, (Nesquik chocolate puffs was my fav), deli meat, grilled cheeses, and processed shit like cheese whiz. Blaaaahhhhh

As a teen I suffered heavily from stomach aches. I was constantly lying belly down on our smooth, cold hardwood kitchen floor, or outside on the sidewalk, pretty much any floor that was available. I was also covered in this rash, head to toe, that would flare up depending on my mood or what I ate. It was hell. I was sluggish, bloated, pretty  f’ing depressed, constipated, exhausted, foggy as hell and in constant pain! What a way to liveeee. 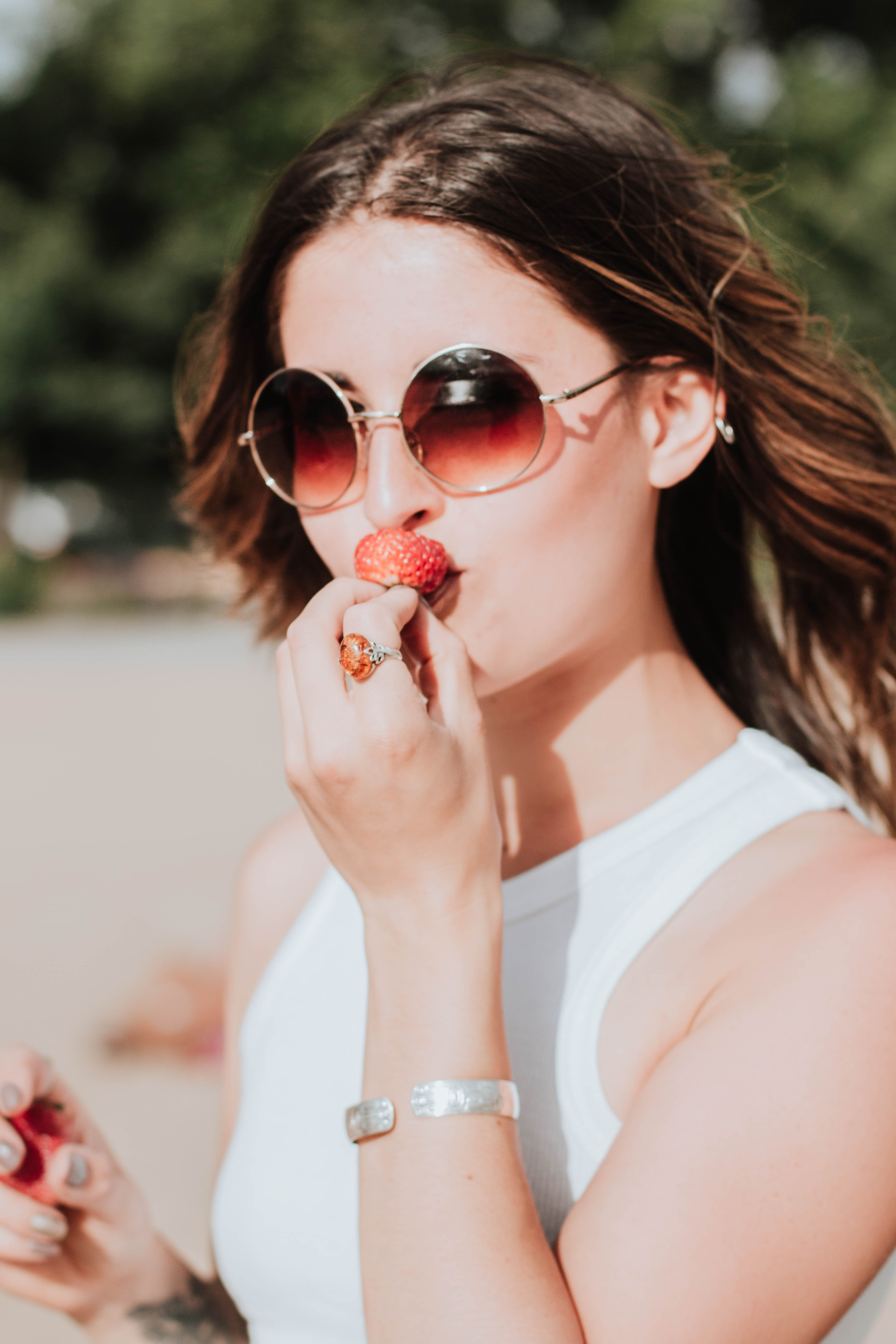 Fortunately I have amazing parents! They sent me to see the man that was going to change my life forever, Dr. John Pidutti! He’s taught me many things over the years, one of them is that food is medicine. I’d been poisoning my body for years and had no idea. He gave me back control over my body, which kind of gave me a little more control over my mind.

Anyways, we did an allergy test and I had to cut out A LOT of foods, all the best ones tooo! I was staying with my Aunt and Uncle at the time, and keep in mind, at this time I was a hormonal teenager so you can imagine I wasn’t too happy when they took my favorite foods away. Now, not only was I a hormonal teenager but also a really hungry one. They thought I was miserable, so my Uncle took me to DisneyLand, since my aunty wasn’t around to catch us he decided to buy me a Monster Energy drink and a hot dog, we still joke that he’s never seen me so happy. When we got back from Disneyland I was back on track with my new diet. In a month I’d lost a bunch of weight, I felt happier than I had in a long time, my rash was gone and my confidence was slowly coming back. The lightbulb had gone off, Pidutti is right- FOOD IS MEDICINE.

I tried to make healthy choices as best as I could but I still never felt good. I still had stomach aches, was chronically tired and suffered from brain fog. The search for goodness continued when I moved in with Stormy. We tried EVERYTHING. Paleo, anti-candida, whole-30, we went for colonics, acupuncture, tried every tea, every supplement, every cleanse. Anything we thought could help, we were right there trying it. I felt better, my pain was manageable but it was still pain.

When I went travelling my health kind of fell to the backburner. I went through phases of trying to be the healthiest version of myself but really I never stuck to anything. I was a yo-yoer, like Stormy. Until I went to China! My diet at the temple wasn’t great, it was pretty much steamed buns, noodles and cabbage. Honestly I felt pretty bad on the temple diet but it was the first time I was consistent in not eating meat. They explained to us that when you’re eating meat, you’re taking in the chi of that animal, for some reason that really hit me. Why should I be allowed to take something’s life force? It was a meat-free life from then on for me!

It wasn’t untill I returned to Canada that I decided to go 100% vegan and gluten free. Damn, it’s the best thing I could have ever done. I wish I’d tried this years ago. My life long stomach ache is gone, my energy is back. I feel F#*ing good for the first time ever! I also feel like a better person. Being vegan has made me a more aware and compassionate person, and that feels pretty great too!

Go Vegan! Feel good, Look good, feel good and save the animals! You can do it! You have us on your side 🙂