How I Accidentally Became Vegan & Fixed My Health 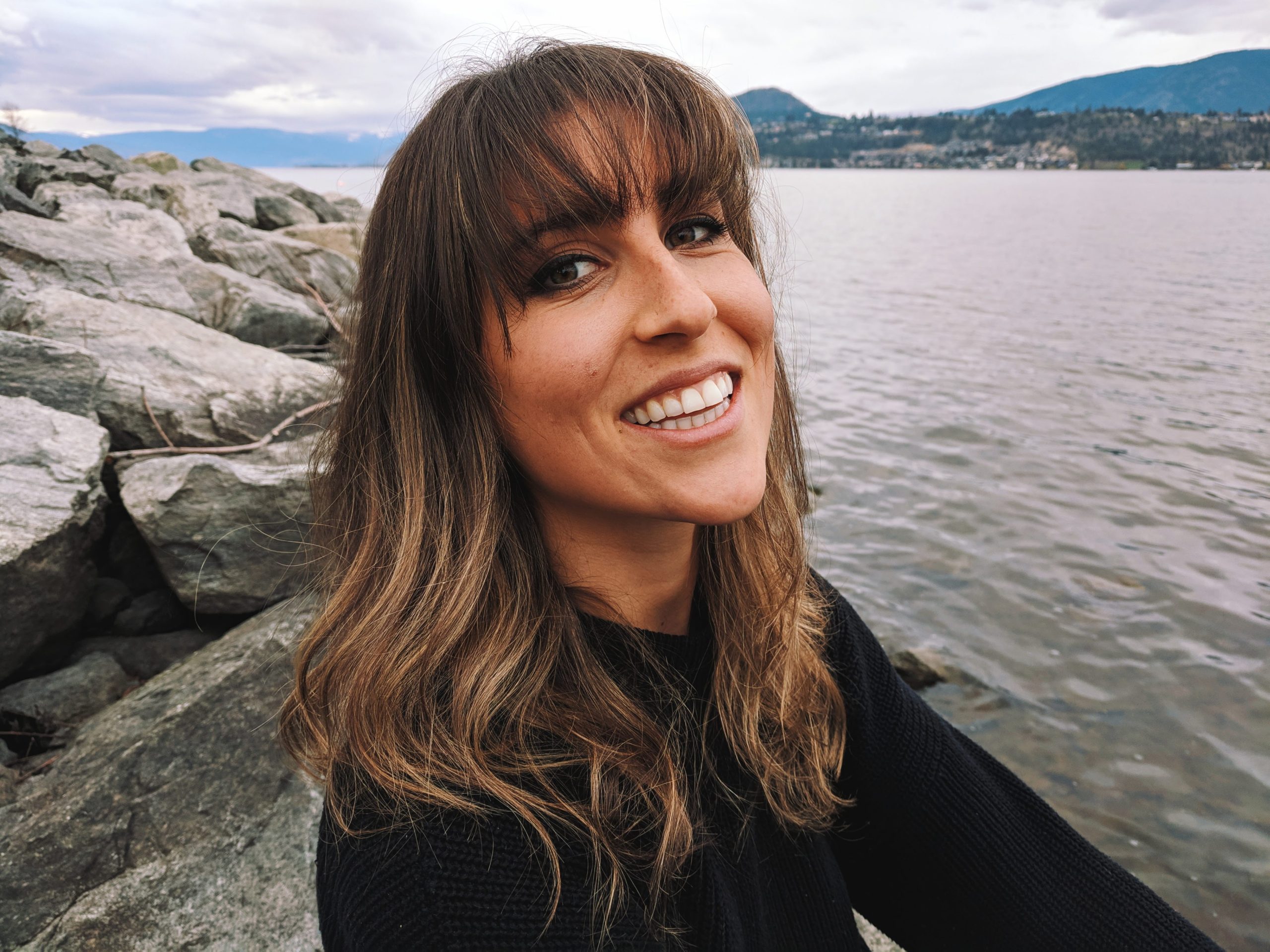 If you were to have asked me 5 years ago if I thought I would be living a plant-based/vegan lifestyle, the answer would have been a blatant ‘no’. For one thing, I had never heard the term ‘plant-based’ and barely even knew what a vegan was.

Just incase you don’t know what plant-based means – it essentially is eating a diet that focuses on fruits, veggies, grains, legumes, nuts and seeds and eliminates consuming all animal products (including things like dairy and eggs). Vegan diet is similar to a plant-based diet in that it contains no animal products but can contain more packaged/processed food and vegans are deeply devoted to animal rights and ethics 🙂

When I was twenty years old, I decided to do a semester abroad in order to fulfill my childhood dream of going to Australia. This is when I met my first vegan – a cute aussie girl who had been vegan since birth. She was vegan purely for ethical reasons so I didn’t clue into the potential connection that veganism could have with good health.

I remember my first house party in Australia, I found myself wrapped up in conversation with this aussie girl and 3 others and realized they were all vegan….I was the odd one out. Seemed strange to me….I had been surrounded by meat-eating, cheese loving people my entire life and it never occured to me to think any different. Looking back now, it seemed the Aussies were onto something.

It wasn’t until about four years ago that I discovered the power that a healthy plant-based diet could have in changing my entire life.  I have struggled with health issues for as long as I can remember. Nothing incredibly serious but more so daily discomfort that affects your entire life. Canker sores, brain fog, chronic fatigue, thinning hair, constant upset stomach (I MEAN CONSTANT), intestinal distress, sinus infections, ear infections, diarrhea, constipation, acne, allergies and yeast infections – to name a few. The kind of struggles a doctor will hand you a bottle of pills for and send you on your way. You take your pills to find that the symptoms keep returning and eventually you realize that unless you get to the root cause of these problems, they’ll never really go away.

In my struggles I had visited many Naturopaths and tried many diets like FodMaps, Anti Candida, Whole 30 and Paleo. It’s too much to go over these diets in detail because they all have a lot of nuances but in general they are all quite strict, focus on protein and fat include a lot of animal products and had me highly limiting my grain, fruit and overall carbohydrate intake. This to me was semi-traumatizing because cooking raw meat has always grossed me out and I only liked the taste of dry turkey or chicken breast, salty deli-meats and fish.

I remember one time trying to down a whole entire organic chicken because I didn’t want to waste it. I only liked chicken breast but iI forced down the other pieces and  I didn’t know how to cook worth shit so it had absolutely no flavour. Needless to say it was disgusting.

These diets would help me for a little bit but they were so unsustainable…I tried to stick to Paleo and Anti-Candida on and off for years. I was a yo-yo dieter to the extreme in the quest for better health. I’d get a glimpse of it and then my symptoms would flare up again.

In 2014 I had committed to a very low-carb high-fat Paleo/Anti Candida diet and actually stuck to it for two months. It was the hardest thing to stick to! I remember binge eating nut butter because it was the only slightly sweet thing I could have. My gut pain still continued despite my efforts on this diet. My naturopath thought it might be from red meat being too acidic so I cut it out. I soon after realized it happened with chicken too. So I cut it out. I had an egg intolerance, and was lactose intolerant so I was trying to cut those out too. This didn’t leave with much to eat while following paleo/anti-candida so I quit the diet and indulged in tasty pint of Ben & Jerry’s which left me feeling defeated and in pain.

Fast forward a few months and I meet my second ever vegan who happened to be another aussie girl, named Tamsin, who has a background in dietetics. I met her in Canada and she radiated health. This was the first time I realized it was possible to be healthy on a vegan diet.  Unlike my first vegan friend, Tamsin’s diet was full of healthy grains, plants, legumes and fruits. I met another lady that summer, a 40+ year old vegan who looked like she was in her 30s. She was calm, compassionate and listened to me rant about my lack of willpower, addiction to sugar, and constant health struggles every time I came into her shop to buy tea from her. These two ladies were the epitome of health and did not push their values on anyone but led by example and it inspired me.

I became best friends with Tamsin. In my first year of meeting her I became ‘vegan at home’. I would only buy plant-based foods to eat at home but I would still eat animal products out and binge eat bites of my roommates pizza and ice cream despite knowing all too well that dairy will hurt me. I knew I was gluten intolerant too…but I didn’t think it affected me that much so I ate all the things (boy was I wrong, but that’s for another post) . Temptation was all too much for me.

I remember Tamsin ate a lot of fruit. I was really jealous of her. I had it ingrained in my mind that fruit was bad for me and grains were bad for my digestion….they harboured too much sugar for my imbalanced body. My experience with paleo and the anti-candida diet had it drilled into my mind that carbs were BAD BAD BAD – especially in large quantities. (If only the old me could see me now, she would be scolding me about my big smoothie bowls but also be seething with jealousy because she wanted one so bad) .

Time went on. I moved in with Tamsin and I started to eat more grains and fruit. One day out of the blue I decided to go vegan and 100% gluten-free and something changed. The way I looked at things changed. You would think the fact that I knew dairy and animal products made me feel ill would be enough to keep me from eating them entirely but it didn’t. Deciding in that moment to become vegan I felt like I was becoming part of something bigger than myself and I was able to control my urge to eat these items. When you make this shift, your mind changes, you start to see things differently. I no longer thought of animal products as a source of food.

10 STEPS TO GET YOUR HEALTH BACK 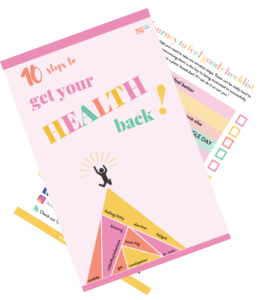 It’s been 3.5 years now, and I can honestly say my health and life has transformed. The real magic happened a few months into my vegan journey when my focus became eating a high- carb low-fat diet. The grains, the fruit, the carbs – everything I had feared eating before became my saviour. My body wanted healthy carbs and I was finally feeding myself it. At first thought, veganism seems like a lifestyle of restriction but in my experience I have been able to eat tastier food than I ever have and I don’t feel guilty about it afterward.

It was discovering the beautiful Earthy Andy’s blog that I learned about the high-carb low-fat (oil-free) version of a plant-based/vegan diet. Her story really resonated with my health story at that time and gave me hope that I could overcome my health problems like she had. Like me, she felt like she had tried everything but nothing every worked until she went HCLF plant-based. So thank you Earthy Andy-you changed my life!

I feel good. I eat in abundance. I can think clearly and I finally have energy to seize the day! Not only has it affected my health but it has helped me become a more compassionate person towards animals, the environment and those around me but it also sparked my quest to a more balanced lifestyle <3

I’ve decided to write my story in hopes it might help others realize that they can live to their fullest potential if they feel good more days of the year! If any of this resonates with you feel free to crawl around our site to learn how to start going plant-based and sign-up below so you can get your FREE guide to making epic smoothie bowls 🙂 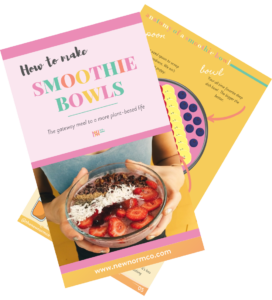 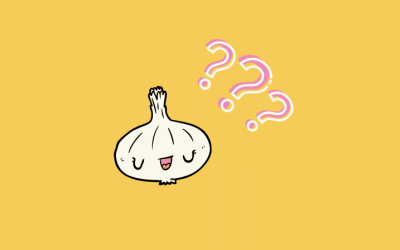 How to Use Garlic for Yeast Infections: A step-by-step guide

Please note that I am not a doctor, this is entirely based on my personal experience using garlic for yeast infections. It is important to do your own research before deciding if you’d like to try this as some doctors inform against it and I think it’s important to... 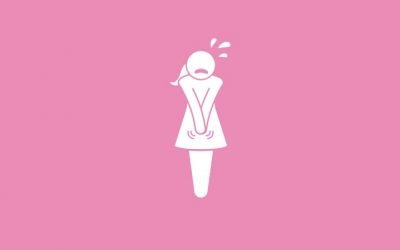 Should I use Garlic for Yeast Infections? My Experience Putting Garlic ‘Up There’

It was the summer of 2016 and I’d woken up to the pungent smell of garlic in a hotel room with my best friend. We were on vacation and somehow we both felt a yeast infection brewing in our lady bits - so what did we do? What we’d learned worked best. Grabbed some... 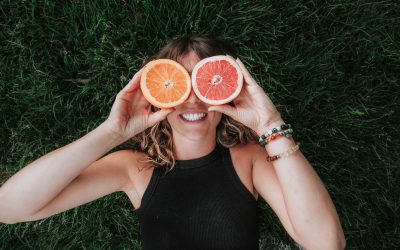 I was exhausted with yo-yo dieting. I felt like I would be forever starting and stoping diets forever. It killed my will power, until I realized what I needed was a long term lifestyle change. 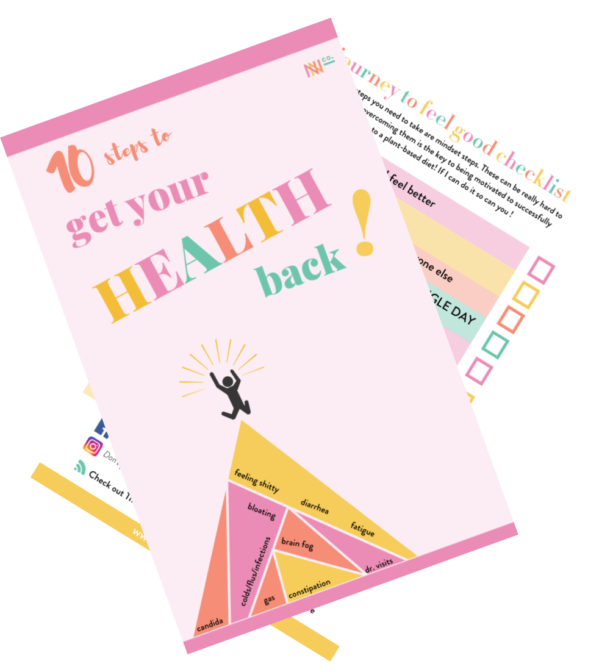